Last Friday morning teachers across the country were furious to wake up to a headline in the Daily Mail declaring that they should be allowed to be heroes.  It read that “magnificent staff … are desperate to get back to the classroom – but militant unions are standing in their way.”  The “magnificent staff” and “militant unions” are of course one and the same and what of the thousands of concerned parents, would such elements of the press describe them as militant too.

It ignores that so many teachers are already in schools on a rota basis. Many worked over holidays to support key workers’ children. They’ve all been planning, teaching, marking and supporting students through all kinds of challenges. They’ve had to learn new ways to do things quickly. Pastoral teams have been working closely with vulnerable children and their families to make sure that they are safe at this time.  Teachers did not go into their profession to be heroes and they are desperate to return to the classroom, they just want their workplace to be safe for children, staff and their families.

The Prime Minister’s statement, and that of the Education Secretary last Saturday, have left many unanswered questions on issues such as testing, social distancing and contact tracing. We still haven’t seen the science to say it’s safe to return and Head teachers are finding the DFE guidance is unworkable as they attempt to prepare for reopening to more children.

The Liberal Democrats are calling on the Government to publish all scientific guidance informing the decision to reopen schools as early as 1 June, to ensure that the decision was taken purely on public health grounds; and for a guarantee that all children, of all ages, will be given the equipment and funding to learn safely, either at home or in school.

Louise Potter is a local teacher and Horsham District Councillor for Broadbridge Heath. 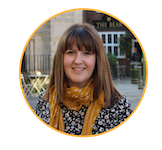