Horsham Liberal Democrats are delighted to announce that Jon Olson has been elected as a Councillor for Forest Ward.

Jon received a 47% share of the vote, with 921 votes for the Liberal Democrat candidate of the 1946 ballots cast during the by-election on 21 October 2021.

Jon, who lives in Forest Ward, campaigned with a manifesto to protect green spaces, improve road safety and oppose cuts to local services.

Jon Olson, Horsham District Councillor, commented: “I am honoured to have been elected and want to thank everyone who voted. Whether you voted Lib Dem or not, I can only promise to work diligently to represent your voice and your concerns.

“I first got into local politics when trying to answer a simple question of ‘why can’t we have a safer road crossing on the school run?’ It’s clear from talking to hundreds of people during the campaign that many others share concerns about local traffic and speed limits and care deeply about the environment and community assets in our town. It’s why so many of us are proud to call Horsham home and something we must fight to protect.

“I’d like to thank my team, patient family, and everyone who spoke to me on the doorstep. I’d also like to pay tribute to Godfrey Newman who stepped down in August. I hope to honour his commitment to Forest in this position.”

Liberal Democrat HDC Group Leader Louise Potter said: “This clear victory is a tribute not just to Jon’s campaign team but to the team of local councillors on Horsham District Council who are an incredibly effective opposition and advocates for the people of Horsham town.

“With recent wins including 35% more social housing in the draft Local Plan, saving Rookwood from development and protecting the Drill Hall, we will continue to fight for our local community. I have seen how passionate Jon is about where he lives and look forward to his contribution as a Councillor.” 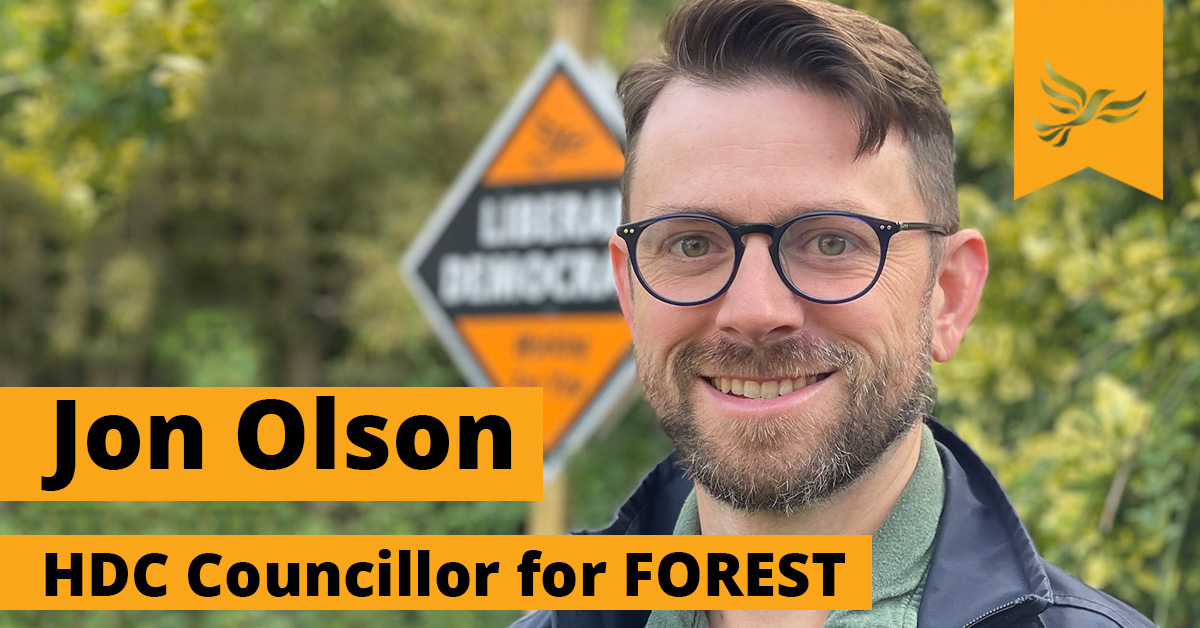