Horsham Liberal Democrats are delighted to announce that Clive Trott has been elected as the latest Horsham District Councillor for Denne Ward.

Clive received a 46% share of the vote, with 832 votes for the Liberal Democrat candidate of the 1814 ballots cast during the by-election on 24 March 2022.

Sussex-born, Clive has lived and raised his family in Horsham for the last 20 years. He’s campaigned vigorously to protect our green spaces, fight cuts to local services, and support safer streets across Horsham.

Clive, also a former UN Observer Force commander during the previous Russian invasion of Georgia, is glad to see the Horsham community standing with Ukraine and rallying around the effort.

“I am honoured to have been elected and want to thank voters.

"As a Horsham resident myself, I know the value of our cherished green spaces and town facilities. The potential loss of the Drill Hall to our community – where I joined the Territorial Army back in 1988 – should never have been on the table.

"On the Council I’ll fight to protect all that makes Horsham a great place to live and a caring community, ensuring the most vulnerable are given genuine respect and opportunities.

“Congratulations to Clive Trott and the team who joined Clive on the doorstep and helped deliver our positive messages to Denne residents.

"Clive’s win maintains an amazing run for the Horsham Liberal Democrats. And hopefully there’s more to come with another by-election next month in Storrington & Washington. Residents are telling us they’re fed up with being taken for granted. We’ll continue on our mission to protect our green spaces and deal with speeding and transport issues. Above all we need a local plan that provides the houses we need, not what developers want, for local residents across the whole district.” 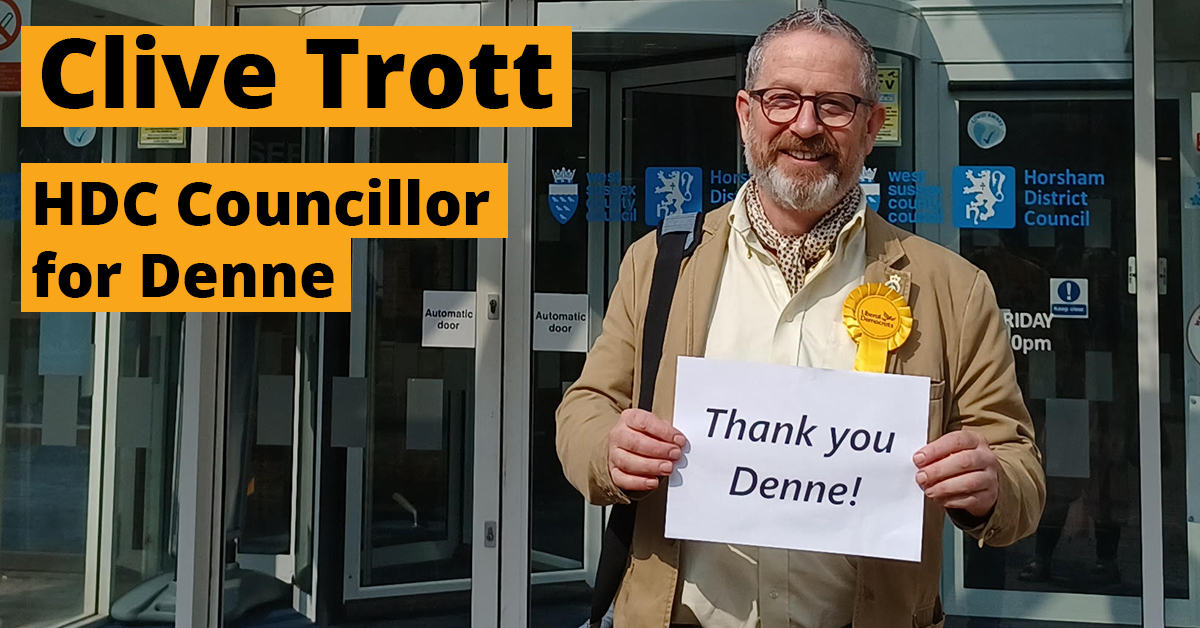