Following Councillor David Skipp’s move to be Vice Chair of the Council for the municipal year, there have been elections within the Lib Dem group on the Council for a replacement Leader and Deputy Leader. 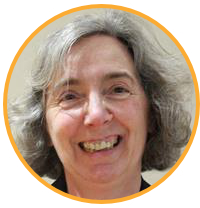 Frances said: “I look forward to serving the Horsham community in my new role on the council. The Horsham District faces a lot of challenges over the next year. Coronavirus will dominate discussions but there are also other issues that will continue in the background such as agreeing a new local plan and ensuring the survival of the Drill Hall. It’s vital that Horsham residents have their voices heard and we’re determined to do that on the council.”

Matt said: “I’m really thrilled to play a role in shaping the future of Horsham. Frances will be an excellent leader and I’m looking forward to supporting her over the next year.”