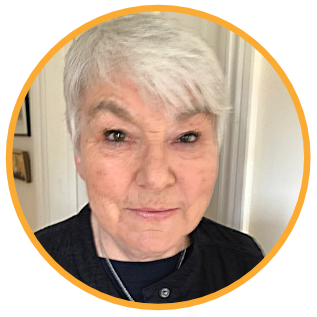 Dr. Lesley Hendy, outgoing Chair of the Horsham & Crawley Liberal Democrats addresses the membership in her AGM report on the previous year's successes as well as the challenges and changes we still face.

“We live in interesting times”.  A well-known saying not coined by the Chinese as often thought but attributed to Sir Austen Chamberlain, brother of Neville Chamberlain, "Surely", he went on to say, "no age has been more fraught with insecurity than our own present time."  That was said in 1936.

Nothing could be truer than for the age we are now living through. Since the very ill-advised Referendum to the present-day, politics has degenerated into a strange populism where it is difficult to separate fact from fiction. “Democracy is extremely fragile and potentially temporary, requiring vigilance and protection”.

The last year was the year of two unequal periods. From May 2019 we were pleased to see our thirteen new councillors making themselves felt in the HDC.  Many of the issues have continued despite the lockdown and the demands upon our Councillors, particularly in housing, have become even more acute of late.  Our Councillors have fought bravely against the imposition of ever higher numbers of dwellings, in North Horsham, Strawberry Fields and Rookwood.

Shortly, after our success at the May 2019 Local elections we found ourselves embroiled in elections again. A huge thank you to all those who had to start a campaign for an unexpected mid-winter General Election.  Louise Potter was our excellent PC and we would like to give her special thanks for all she did.  Although, the outcome was predictable, the LibDem total vote rose to an historic high. This coming May 2021 we hope we can increase our presence on the County Council.

Sadly, we are having to choose a replacement for our Horsham District Cll. Leonard Crosbie, whose demise brought a long period of service to an end this year.  We can only hope to emulate his dedication, commitment to his constituents and loyalty to Liberal values.

There will be more to come. The Campaign team continues to do sterling work and there are many more members who are now capable Connect users. We are also more Social media aware with Facebook, Website, Whatsapp and the rest. Thanks to the team working on this endeavour. Our team of stalwart leaflet distributors may soon be assisted by more electronic means of voter communications.

Technology is taking us into new and uncharted waters at a disturbing speed.  Our opponents both the conventional political parties and those acting in the shadows have used and abused mass communication and data bases for their own ends.  Perhaps, the largest immediate challenge we face is to master the legitimate exercise of electronic dissemination.

Fundraising is fundamental to our future operations so we can be ready for the County Council elections next year and whatever else will come our way. This last year we had a tea-party for new members and a Pasta and Politics evening. There were also several very good evenings in the Olive Branch where old and new members could meet for a drink and a chat. Then Covid-19 invaded our lives and disrupted further activities. We have all become adept Zoom users, but it does not replace the warmth of personal contact.  Many members have kept in touch with the more vulnerable in our Liberal Democrat Family.

The Politics Club reached its fourth successful year but has also had to resort to Zoom meetings, but pleasingly many of the participants have expressed their enthusiasm for the depth and range of our discussions.  Many have also become very active members of the Local Party and we thank them most sincerely for their commitment.

As many of you know I am stepping down from the Role of Chair for the Horsham and Crawley Local Party because of other commitments. I, personally, would like to take this opportunity to thank all those on the Exec as well as everyone else throughout the party who has played their part in defending liberal values and supporting me in my role.

We now have an excellent new Chair in Jay Mercer who will take over the role and who can steer us through the murky waters of the next four years. He is someone who not only understands the National Political scene but has a good knowledge of local issues and will be ably assisted by our new councillors. He will energise local campaigns to make sure as many Lib Dems as possible are placed on the County and District councils.

I am confident that everyone will assist and support my successor so that we can build a better future based on present successes, firmly centred on the liberal values we all share.