Horsham Liberal Democrats are delighted to announce that Sam Raby has been elected as a Councillor for Roffey South Ward.

Sam received a 41.5% share of the vote, with 462 votes for the Liberal Democrat candidate of the 1120 ballots issued during the by-election on 16 December 2021.

Sam, who grew-up and raised his own family in Horsham, campaigned with a manifesto to protect green spaces, oppose Conservative cuts to local services and to promote a greener, cleaner and healthier Horsham.

“I am honoured to have been elected and want to thank everyone who voted. I personally knocked on over 500 doors in Roffey South, my team even more, and it was a pleasure to have met and spoken to so many residents who believed in my campaign messages.“

Roffey South deserves a councillor they can e-mail or pick up the phone and call. Whether you voted Lib Dem or not, I will work hard to be your voice on Council and to champion your concerns.“

I’d like to thank my team, wife Lotta, and everyone I met and spoke to along the way.”

“I’d like to congratulate Sam Raby on a hard-fought campaign in Roffey South. I joined Sam on the doorstep and saw first-hand the enthusiasm and his passion for a greener, cleaner and healthier Horsham.

“This is the third by-election win for the Lib Dems in Horsham town this year and Sam’s win has increased the size of our incredibly effective opposition. Roffey South residents have sent a clear message to the new Council leader to protect our green spaces and community assets. I look forward to Sam joining our team of local councillors at HDC while we hold the new leadership to account for their promises.” 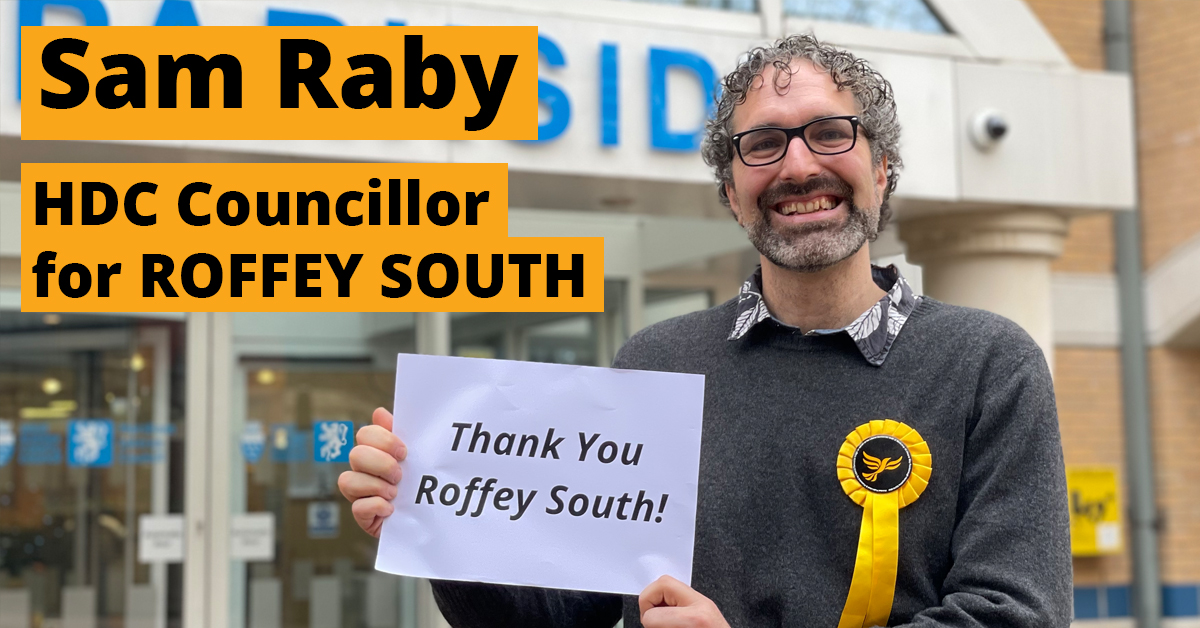