As analysis of the latest election results fills the news channels, I find myself irritated (though sadly not surprised) by two things:

Firstly how much the media, the Tories and Labour, perpetuate the idea of a two party system. And what a vicious circle that is - if you tell people for long enough that there are only two “real” options they believe it. In many cases, instead of an active, positive vote for a candidate, it becomes a negative protest - because ‘I couldn’t possibly vote for the other guy’.

Secondly on this occasion I am struck by the constant reference to Labour “losing touch” with their core support, and that base being referred to as the “working man”.

Now, although I am female, I’m not actually railing against the inherent sexism of a phrase like “working man”. What I am reacting against is how ridiculously outdated the concept is. It casts an image of men who went down mines, out to sea to fish or toiled in factories. Of 1950s Britain with the woman firmly in the kitchen, tending children, meals and her husband’s needs. Of union bosses calling strikes and ‘them ‘ and ‘us’ living.

In 2021 - seriously? We’ve moved on! Not only do women work, many of them hold managerial positions or run businesses, some very successfully. There are fewer large scale manufacturers and more small businesses - by 2020 there were 6 million small and medium sized businesses in the UK, accounting for 99% of all businesses.

Our personal, marital and living arrangements reflect a much broader spectrum than that of the traditional man, woman and 2.4 kids model. And what about our young people? Well they represent every aspect of our diverse society from those who live in fear and deprivation, to the tech stars and young entrepreneurs who strive for the stars. Then there are those of all ages - an increasing number - whose fears for our climate colour their every choice.

How do all these incredibly diverse people get represented in a driven-by-tradition, media supported two party system? They don’t. As I sit here in my late 50’s I am saddened to say I have never had a government that truly represented me. When do those many of us who don’t fit the great blue / red divide get our chance? When will politicians learn to truly work together for the good of all the people instead of treating politics like some adult extension of the school playground?

Our society has moved on, but our two party state and media don’t seem to get it. 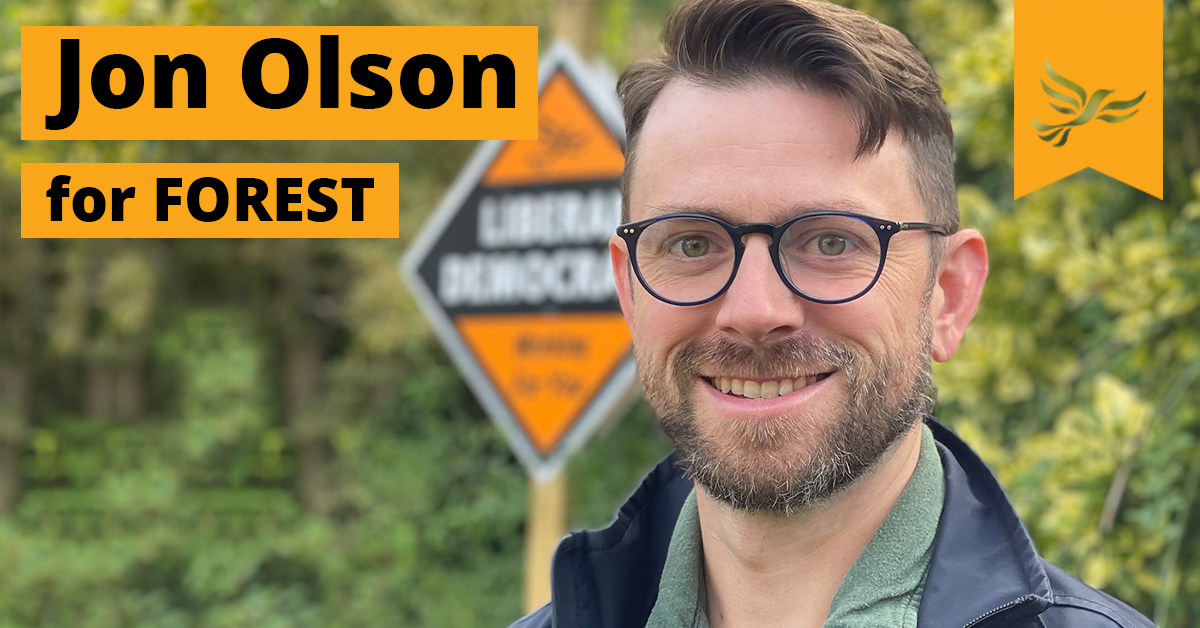 Jon Olson is the Liberal Democrat candidate to contest the Forest Ward by-election in October 2021.