Horsham Liberal Democrats would like to thank our candidate Pascal Roberts for standing. This Conservative loss, the second in five months, follows on from their defeat to the Lib Dems in Roffey South last December.

Pascal said after the count:

“I want to thank the voters I met and spoke with throughout the campaign and who showed us their support, and to congratulate Joan Grech on her win.

“I believe in a caring community where even the most vulnerable are given genuine respect and opportunity. It was an honour to stand in my own community and I will continue to campaign to protect our green spaces and for safer and slower traffic on our streets.

“I want to thank Pascal and the entire team who ran a fantastic, positive campaign knocking on over 2,000 doors and delivering our messages in thousands of leaflets across Storrington & Washington.

"We met and spoke with residents that hadn’t heard from their local politicians for a long time and voted for change.

"It is clear the electorate are not happy with the Conservative leadership of the Council. We look forward to demonstrating our positive impact on Council in the lead up to full Horsham District elections next May.” 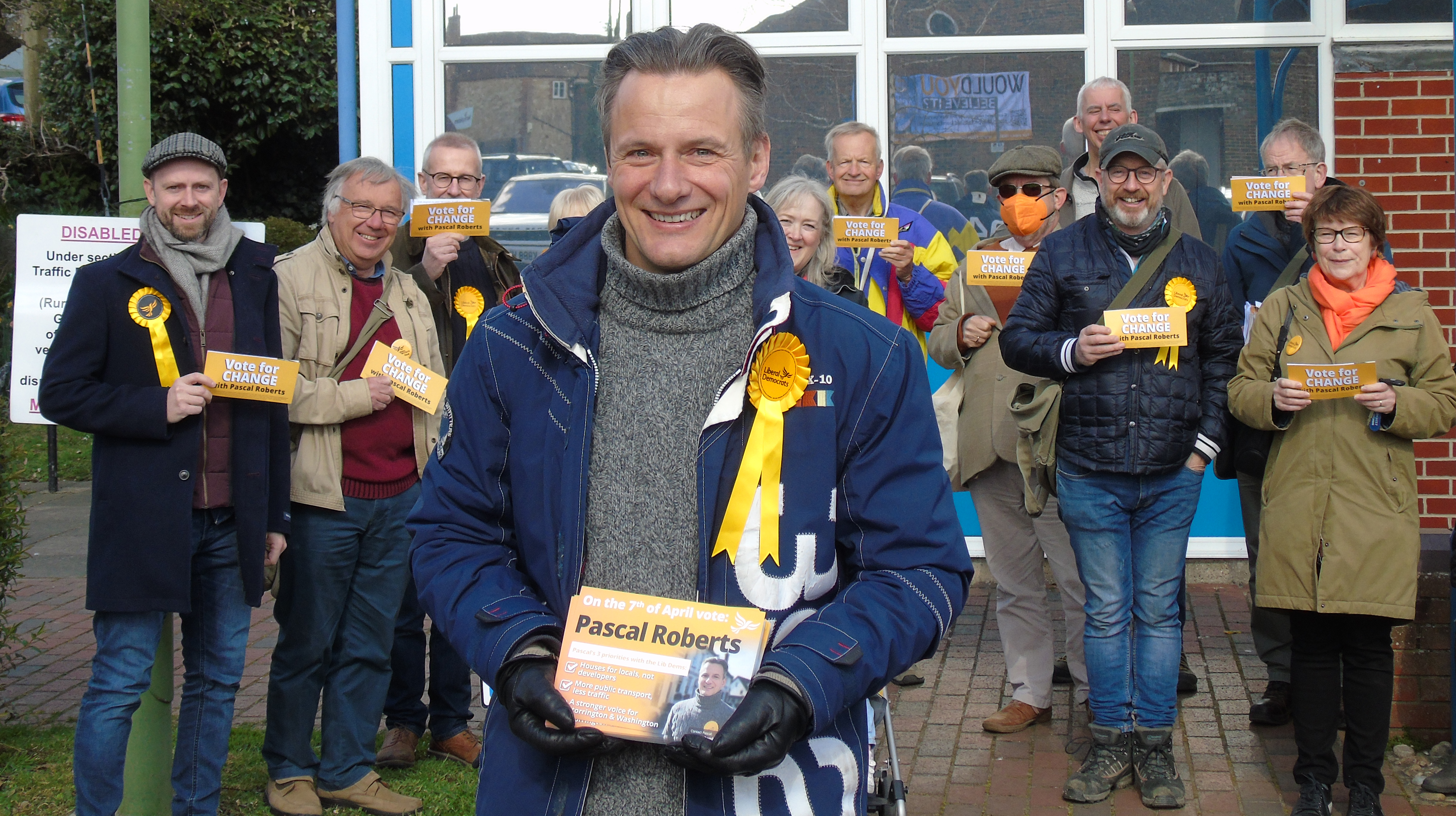