The Liberal Democrat group on HDC have opposed the side-lining of residents in the development of plans to address climate change in Horsham District.

The development of a new ‘District-wide Climate Change Action Plan’ was proposed by the Conservative Cabinet on Thursday 9 June. But instead of following other councils such as Adur & Worthing by involving local residents in a ‘Citizens’ Assembly on Climate Change’, Horsham Conservatives are taking a top-down approach.

A panel of experts will be appointed to produce the district’s new plan, which will only then be presented to the public once approved by the Council. The Lib Dems argued this is the wrong way round, as success depends on public participation in making the plan.

Cllr John Milne, Roffey North asks: “What are they afraid of? If ever there was a subject more suited for direct public engagement, it’s climate change. It’s perfect for a citizens' assembly so we can harness the enthusiasm that’s already out there. Don’t lecture to people about climate change - inspire them!”

In the three years since Council agreed we faced a Climate Emergency, the focus has been on carbon emissions made directly by the Council

This is worth doing, but HDC’s direct emissions make up just 2% of the total. Even if we could magically shrink that down to zero tomorrow, the impact would be modest. All the big wins are to be found in reducing emissions made by the community as a whole.

Cllr Martin Boffey, Trafalgar, Liberal Democrat Group Leader stated: “We should make every effort to engage as many of our residents in this process as early and as much as possible, because that’s the only way we are going to achieve success. We call on the Conservatives to organise a Climate Assembly, costing a fraction of what we are spending to reduce the Council’s direct emissions. Council can’t do it alone, we need our residents engaged and taking action as well.

Sign our petition calling on HDC to convene a Citizens’ Assembly on Climate Change: www.horshamlibdems.org.uk/ClimateAssembly. 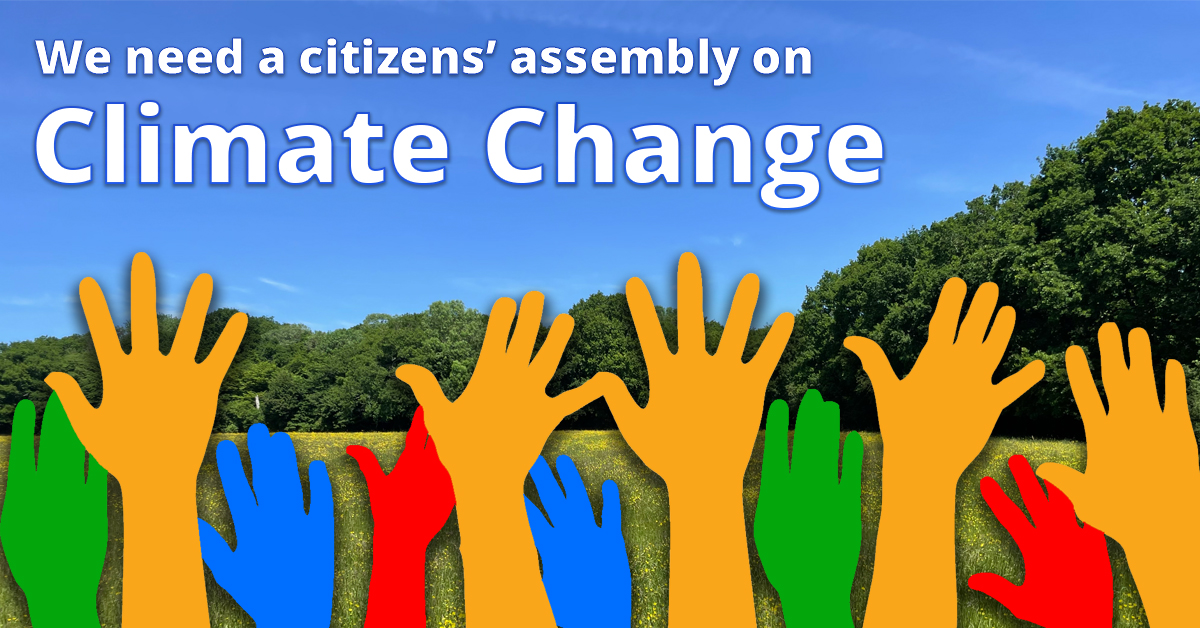