What are the Conservatives playing at with Rookwood?

That is what I am constantly asked as a Neighbourhood Councillor for Trafalgar, and despite my best efforts I am no closer to obtaining a sensible answer.

In fact, there are several basic questions that it has been impossible to get answered about the Tories’ plan to build 1,100 houses on Horsham’s “Green Lung”:

This week, HDC released another ill-conceived proposal for Rookwood, without consulting local members or stakeholders when putting it together.  It seems the Conservatives have still “had enough of experts.” Worse still, they didn’t even bother to inform the local Neighbourhood Councils about what they were up to.  Not just not in advance – not at all.

This new fall-back scheme involves sparing some of the northern half of the site whilst concentrating development in the southern half, which sits within the Trafalgar Ward. There is only to be a small reduction in the number of houses from 1,100 to 870, so this can only be achieved by increasing the density of housing.

Rookwood has long been a high quality and affordable golf facility for the people of the district. Its importance for supporting Warnham Local Nature Reserve’s viability is well documented but it is also invaluable to the people of Trafalgar and surrounding areas as accessible green space, especially during lockdown. Where are they supposed to go to access green space, essential for their wellbeing, in future?

However, it is not just the impact on amenity, nature, biodiversity or wellbeing that is wrong with this proposal – it is the complete lack of democracy, transparency or basic respect for the electorate.

Despite the redevelopment of Rookwood clearly being a significant policy that the Conservatives had long intended to implement in the 2019-2023 term they made no mention of it in their manifesto for the 2019 HDC elections.  Now they expect the policy to be approved and delivered before having to face the electorate again.  It is simply a disgrace and I for one will not stand for it. 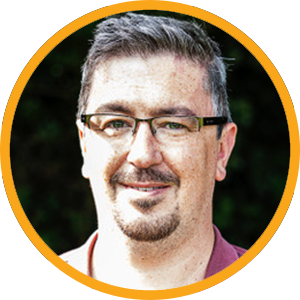 Martin Boffey is a member of the Horsham & Crawley Liberal Democrats. He serves as Chairman of Horsham's Trafalgar Neighbourhood Council.